by Mr Tea and the Minions 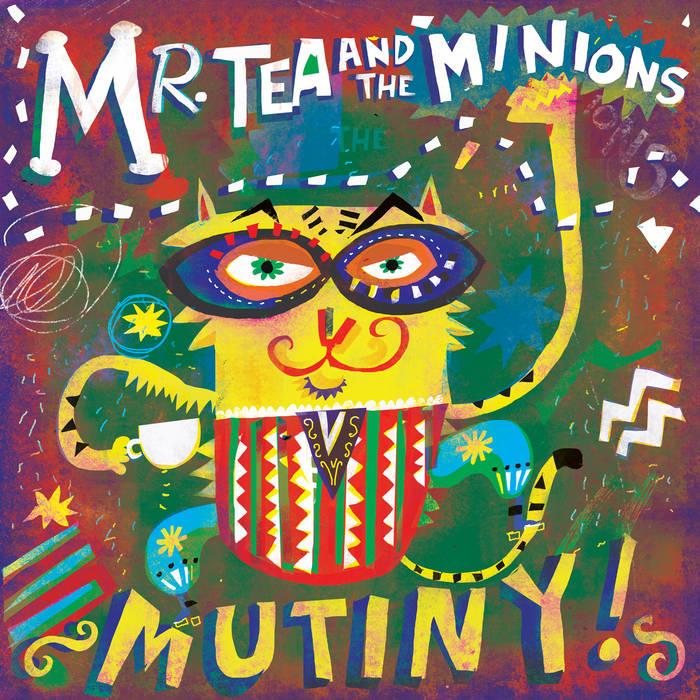 straight4ward Gloriously exuberant, like eating toffee apples on the dodgems.

We're so excited for you to hear our new album :D Here's some stuff about it:

The album was recorded in Bristol, in January 2019 in Free House Studios. It was completed in July with mastering by industry legend John Davis (Led Zeppelin, Gorillaz, The Killers, etc. etc.), accompanied by a spectacular array of artwork by Lee Hodges.
The album follows their debut album ‘Tea Your Mind’ (2016). The intervening years have seen the band establish themselves as a popular festival/party band, whose high-energy performances now include roughly 100 festival appearances (including Glastonbury, Boomtown, WOMAD, Secret Garden Party, Shambala, Belladrum, Wilderness, Nozstock, and Goulash Disko, to name just a few), plus shows all over the UK and a few ventures further afield.

A ridiculous genre-bending video for their song ‘Pandemonium’ has just been released as the first single from the album. Irreverently combining folk, ska, rock and gypsy jazz, it's been a highlight of their live set since summer 2018, and has had many a festival bouncing in a frenzy! The spectacularly silly video sees the band channelling OTT glam metal rockers, self-absorbed 90's pop stars, blingy rappers and uncharacteristically undemonstrative classical musicians – in other words, everything but their usual bouncy selves.

Mr Tea and the Minions recommends:

Bandcamp Daily  your guide to the world of Bandcamp

Featuring interviews with the mighty Hiatus Kaiyote and genre-busting L'Rain.